The historical center of Arequipa, the present capital of the Arequipa Region, is an outstanding example of a colonial settlement challenged by the natural conditions, the indigenous influences, the process of conquest and evangelization, as well as the spectacular nature of its setting. 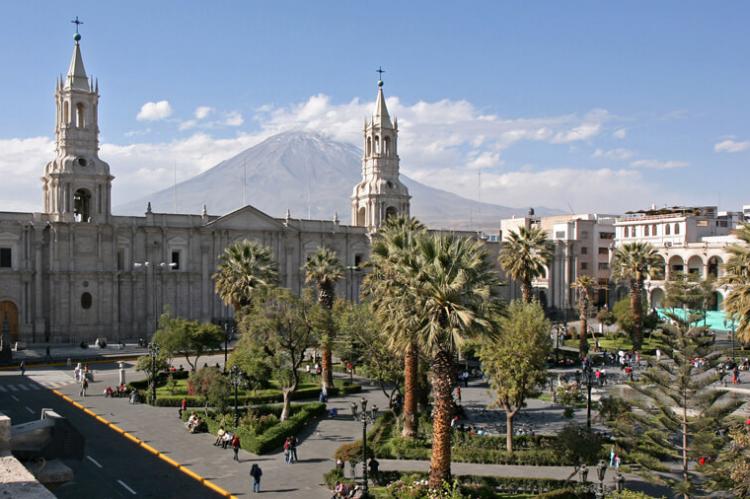 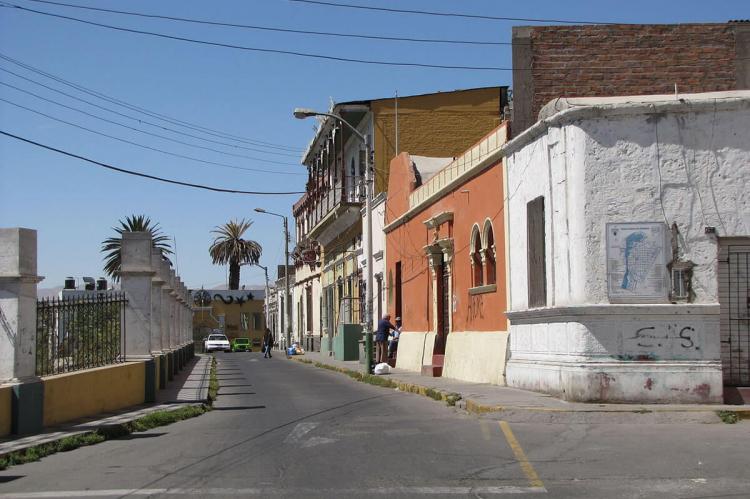 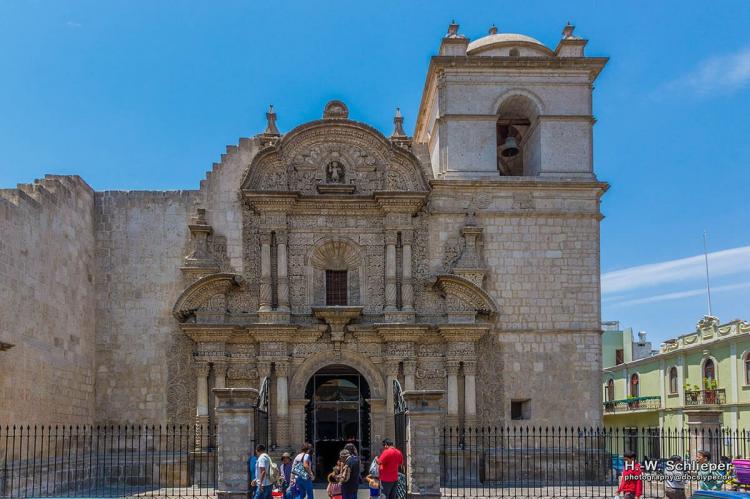 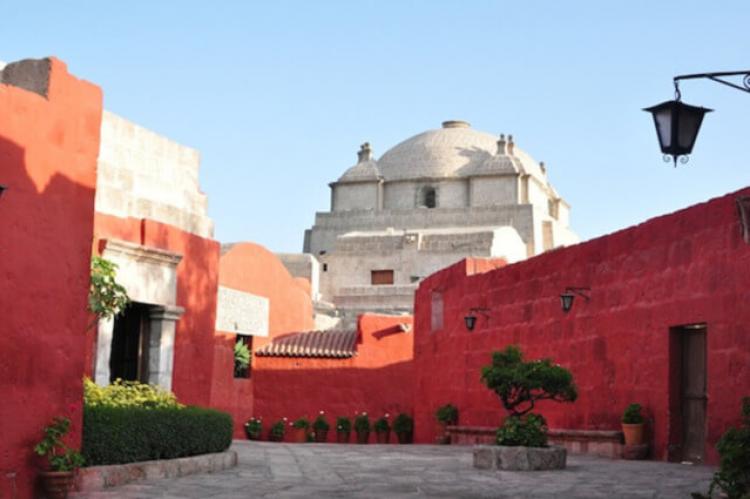 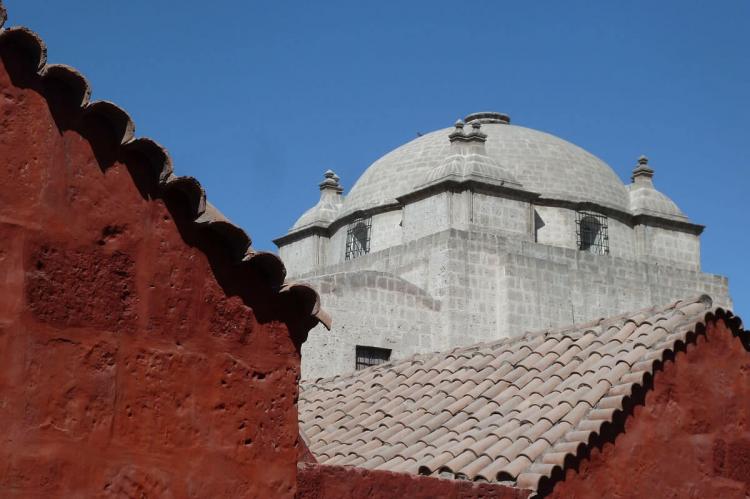 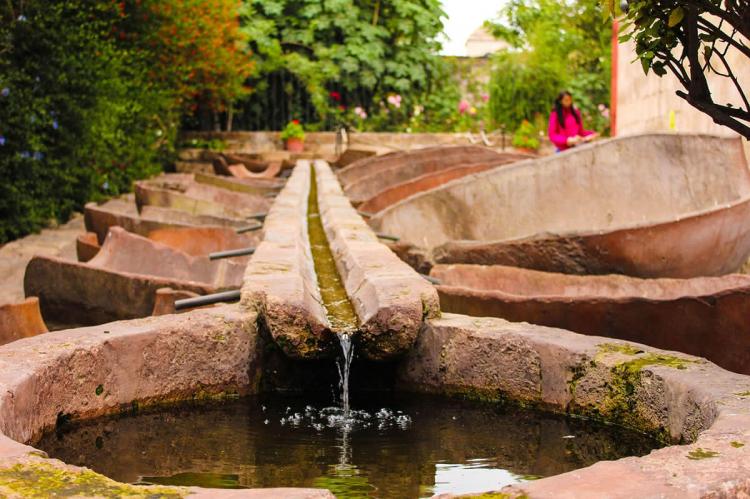 The Historic Center of the City of  Arequipa, built in volcanic sillar rock, represents an integration of European and native building techniques. With its buildings built mostly in white or pink volcanic rock (sillar), the historic center has a distinct character resulting from natural causes and historical context.

To the north and east of Arequipa are the Andes Mountains, while to the south and west there are minor mountain ranges associated to the Andes. The valley of Arequipa, open toward the coast, plays a key role in allowing Arequipa to be a city that strategically links the coastal and highland regions of southern Peru.

A series of volcanic cones dominates the skyline: Misti, and the extinct volcanic groups Pichu Pichu and Chachani. The western slopes of the Andes in the region feature thick layers of volcanic lava that cover large areas.

Located at the foot of the three snow-covered volcanoes, the historic center of the city represents the integrated response of native hands and building techniques and characteristics with European designs, expressed in the admirable work of colonial masters and native masons.

The response to an unstable ground due to earthquakes, is illustrated by robust walls, archways, porticos, vaults, courtyards and open spaces, and a strong indigenous influence in the intricate Baroque decoration of its facades.

With its buildings built mostly in white or pink volcanic rock (sillar), the historical center of Arequipa has a distinct character resulting from natural causes and historical context.

The preexistent indigenous populations, the Spanish conquest and the evangelization, the spectacular natural setting and the frequent earthquakes, are all main factors in the definition of Arequipa’s identity.

The city is the result of its people's endurance against natural processes and the capacity of cultures to overcome crises. Arequipa was founded in 1540 in a valley that had been intensively farmed by pre-Hispanic communities. The layout of an indigenous hamlet has survived close to the Historical Center in the district of San Lázaro.

The World Heritage site consists of 49 original blocks of the Spanish layout. In addition there are 24 blocks from the colonial period and the 19th century.

Major earthquakes have marked the key moments of change in the development of Arequipa architecture. It is thus possible to identify five periods of development: foundation as a village (1540-82), Baroque splendor (1582-1784), introduction of Rococo and neoclassicism (1784-1868), modern empiricism and neoclassical fashion (1868-1960), and contemporary design.

The core of the historic town is the Plaza de Armas (Plaza Mayor) with its archways, the municipality, and the cathedral. At one corner of the plaza there are the church and cloisters of La Compañia, the most representative ensemble of the Baroque mestizo period at the end of the 18th century.

The Monasterio de Santa Catalina is a spectacular religious citadel, integrating architectural styles from the 16th to 19th centuries. The complex of San Francisco includes a small square, the main church, the convent, and the cloisters of the third order.

The chapels and convents of Santo Domingo date from the 16th to 18th centuries: San Agustín, La Merced and the church of Santa Maria; Santa Teresa and Santa Rosa; Puente Real (now Puente Bolognesi) and Puente Grau are also built from sillar.

The merit of Arequipa architecture is not limited to the grandeur of its religious monuments. It is also in the profusion of dignified casonas, characteristic well-proportioned vernacular houses; the center contains some 500 casonas.

The urban space penetrates the interior of the city blocks through large doorways and hallways into the courtyards, where the carvings of the facades are reproduced, thus accentuating spatial continuity. Doorways and windows are flanked with pillars and crowned with protruding pediments that blend with the large walls.

The ornamental economy of the porches harmonizes with the shape of the vaults, the projecting cornices and the carved corbels. Narrow window openings allow light to enter the semi-circular arches or vaulted roof spaces. Together with the monumental ensembles, streets, and squares the casonas ensure the harmony and integrity of the townscape and give the city exceptional urban value.

The historical center of Arequipa is therefore characterized by its originality and presence, respect for tradition, influence in the settlement region, privileged geography, foundational layout, its urban scheme and its creation, its materials, construction and decoration systems, and the rich social and cultural mixture.