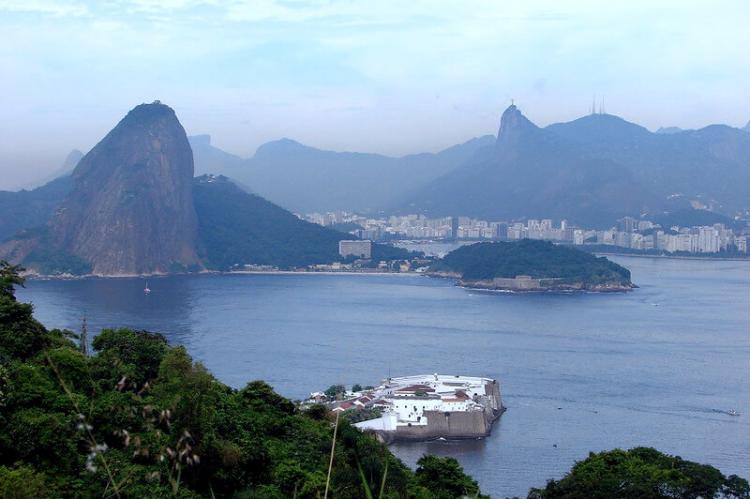 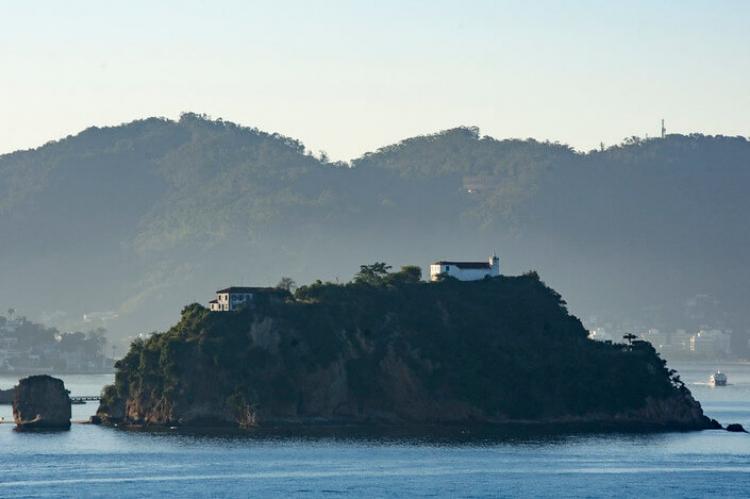 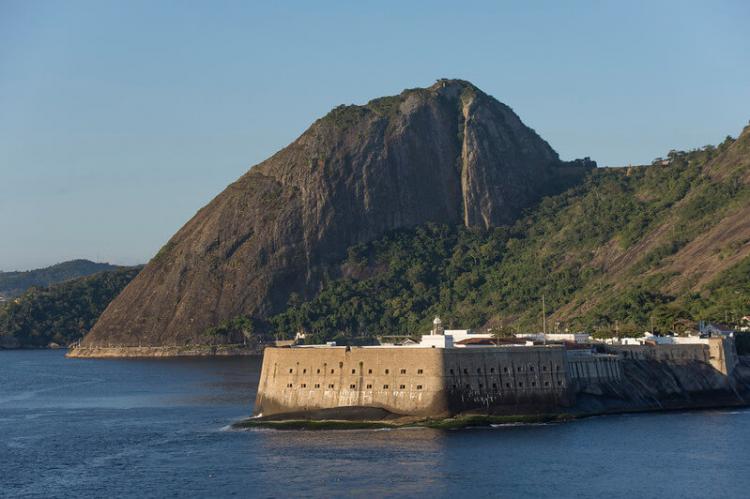 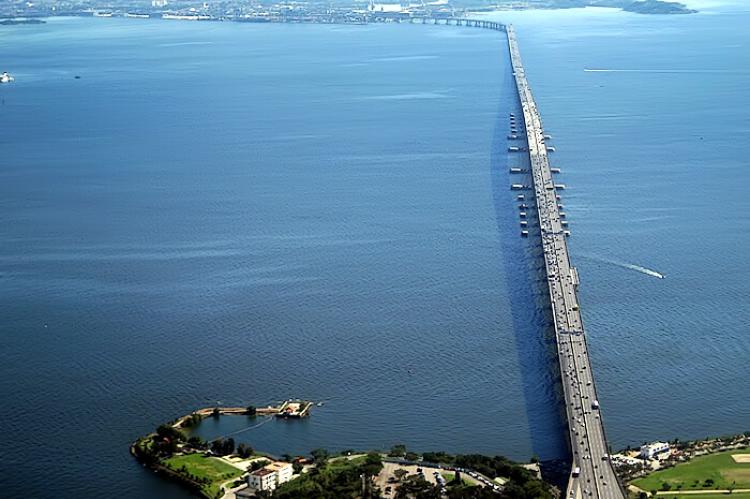 Four other municipalities surround the bay. When the bay was first discovered by Europeans in 1502, it was originally named Rio de Janeiro Bay.

Guanabara Bay is the second largest bay in Brazil, after Todos os Santos Bay. It covers 412 sq km (159 sq mi), with a perimeter of 143 km (89 mi). It's 1.6 km- (1 mi-) wide entrance is flanked on the east by Papagaio Peak and Santa Cruz fortress and on the west by Sugar Loaf Mountain and São João fortress.

The 13.29 km- (8.26 mi-) long Rio-Niterói Bridge crosses the bay, connecting the cities of Rio de Janeiro and Niterói. More than 130 islands dot the bay including Villegagnon, Governador, and Cobras.

The Port of Rio de Janeiro, as well as the city's two airports, Galeão - Antônio Carlos Jobim International Airport (on Governador Island) and Santos Dumont Airport (on reclaimed land next to downtown Rio), are located on its shores.

The Federal University of Rio de Janeiro main campus is located on the artificial Fundão Island. A maze of smaller bridges interconnect the two largest islands, Fundão and Governador, to the mainland.

Guanabara Bay's once rich and diversified ecosystem has suffered extensive damage in recent decades, particularly along its mangrove areas. The bay has been heavily impacted by urbanization, deforestation and pollution of its waters with sewage, garbage and oil spills.

The marine ecosystem of Guanabara Bay has been severely damaged. The bay was once a whaling ground but today whales are no longer or rarely seen while Bryde's whales can be seen around the bay entrance. The bay is also home to a population of botos (dolphins) which faces severe risks of population decline.