The Paracas National Reserve is a protected area in Peru that protects desert and marine ecosystems, including the Paracas Peninsula. The Ballestas Islands are a group of small islands off the coast of the peninsula that are an important sanctuary for marine fauna. 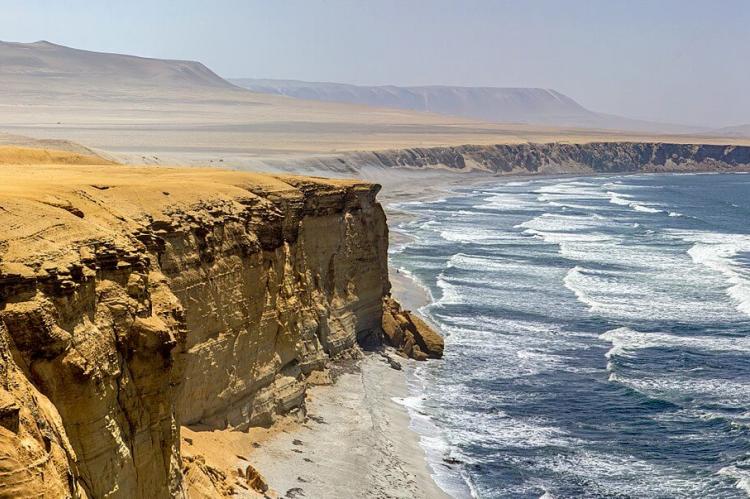 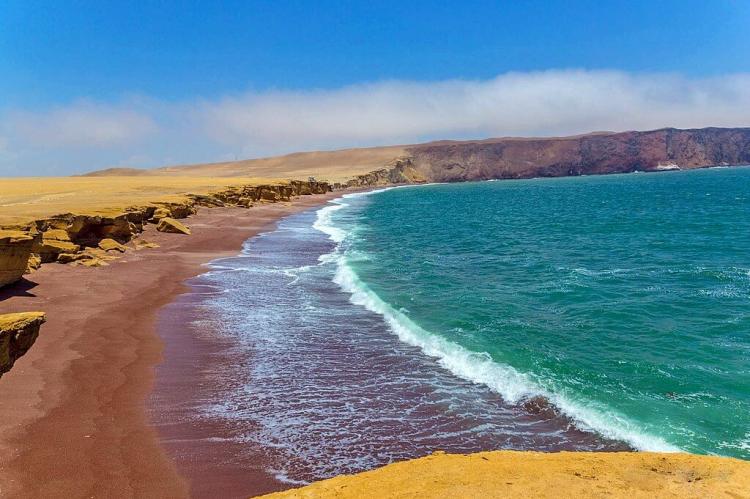 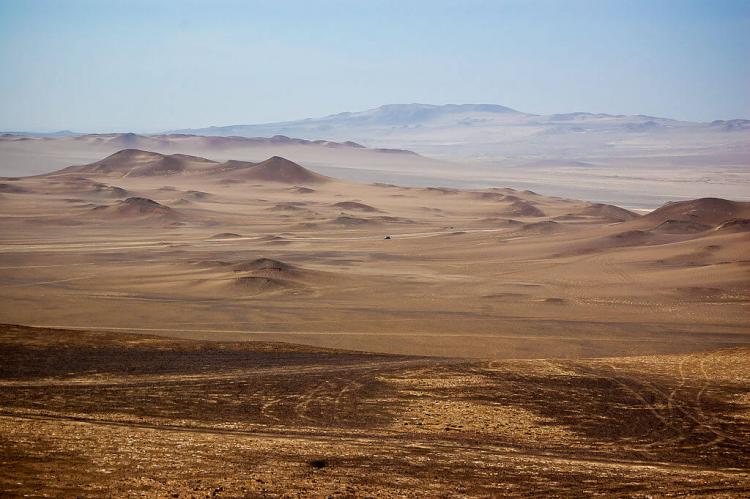 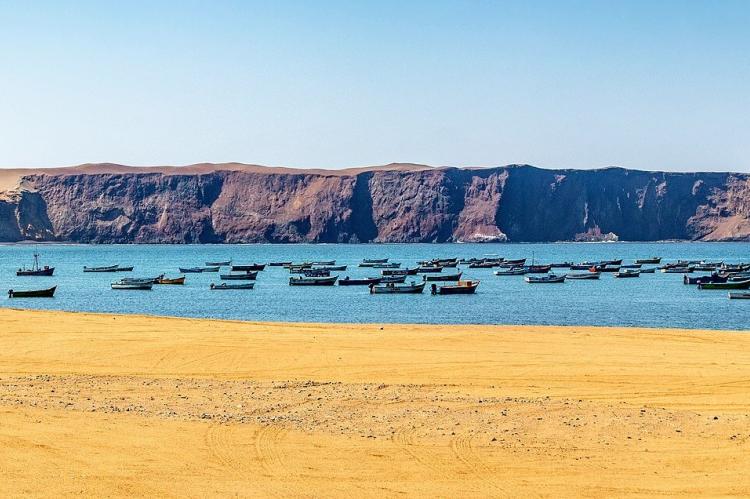 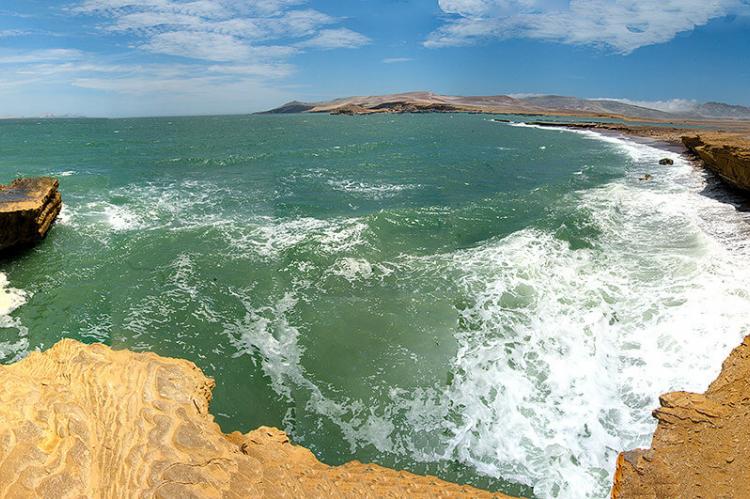 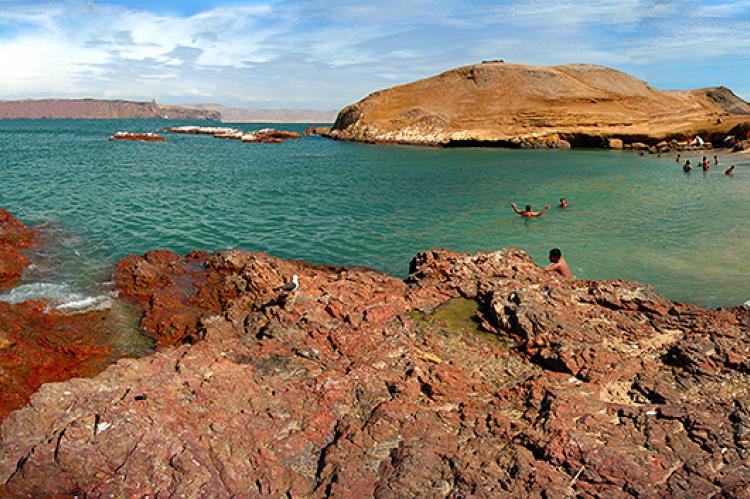 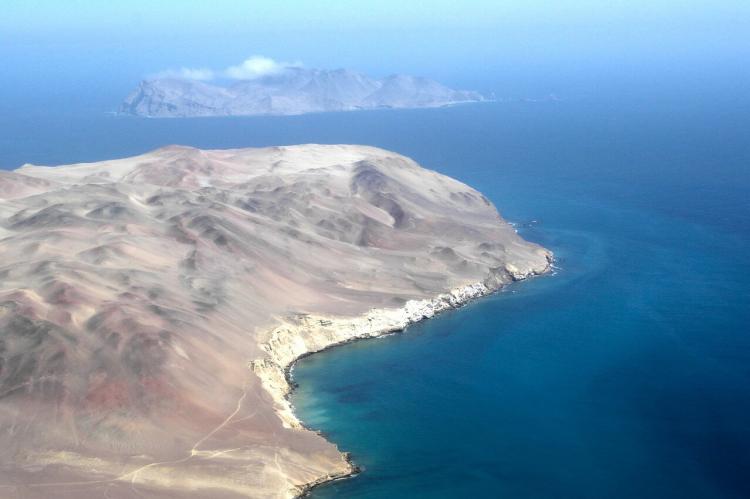 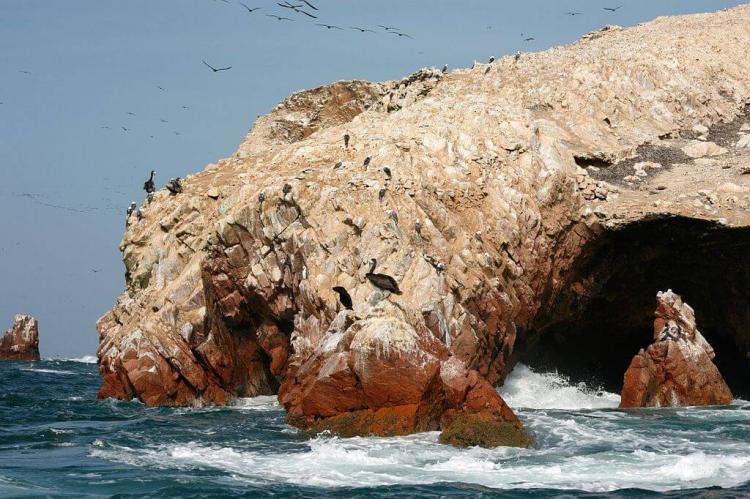 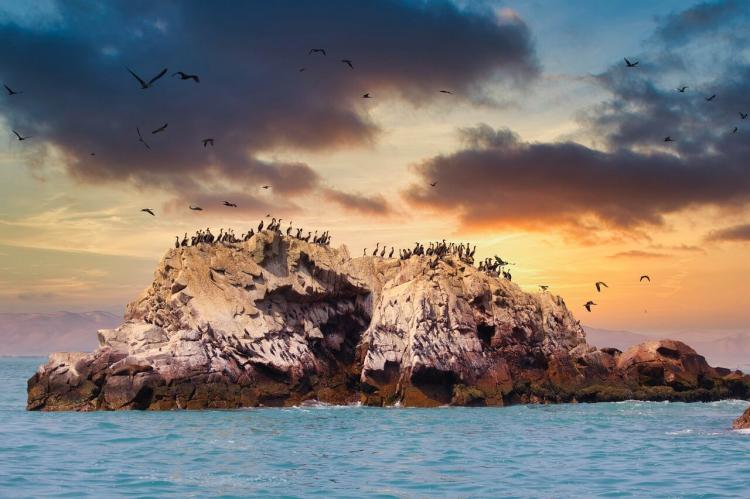 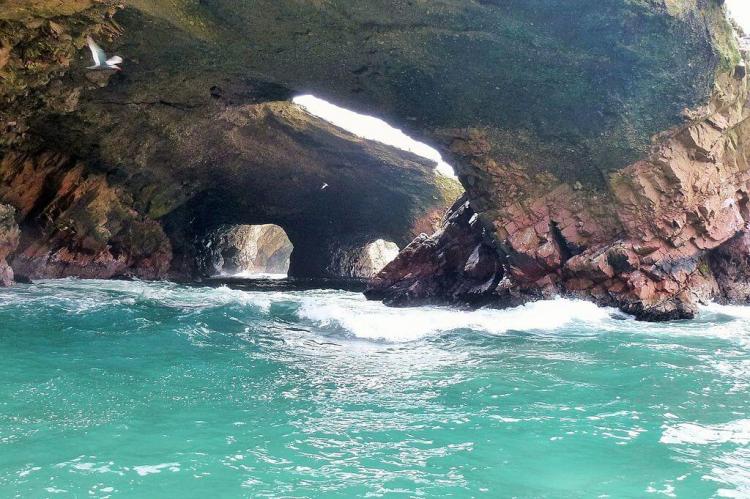 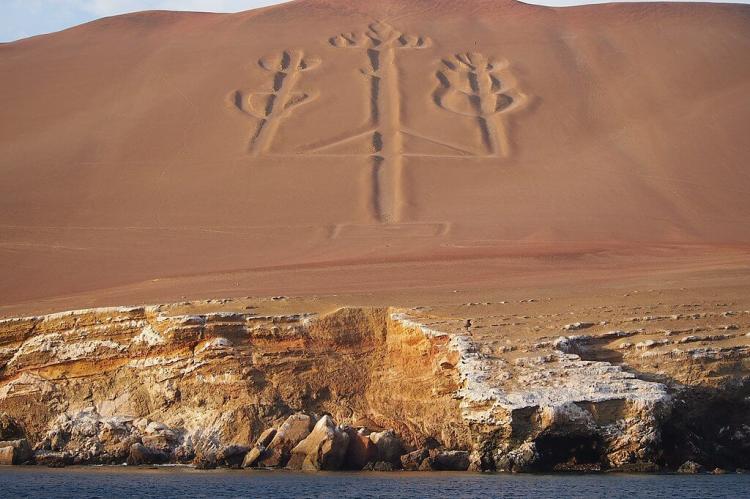 The Paracas National Reserve is a protected area located in the Ica region, approximately 250 km (155 mi) south of the city of Lima and about 27 km (17 mi) from the town of Pisco, Peru. Established in 1975, the reserve protects desert and marine ecosystems and also includes archaeological remains of the Paracas culture.

Spanning an area of approximately 335,000 ha (827,800 acres), the reserve consists of the Paracas Peninsula, Independence Bay, coastal waters and a desert. This desert extends to the south of Peru, past Punta Caiman. It is a saline desert, formed where an ancient ocean once existed. The highest elevation in the reserve is 786 m.

The Paracas National Reserve is home to over 150 species of marine birds including Humboldt penguins, cormorants, boobies and pelicans. In addition, it harbors one of the largest sea lion colonies in the world.

The reserve is located in an arid zone, with intense local winds known as paracas. Precipitation is scarce and occurs in winter, falling mostly on the top of the highest hills. This rainfall is vital to the lomas ecosystem.

Birds found in the reserve include: the Andean condor, the Chilean flamingo, the spotted sandpiper, the oasis hummingbird, the Peruvian pelican, the Inca tern, the black skimmer, the Humboldt penguin, the guanay cormorant, the Peruvian thick-knee, the Andean swift, the Peruvian diving petrel, etc.

Fish found in the reserve include: the Peruvian hake, the flathead grey mullet, the skipjack tuna, the blue flying fish, the humpback smooth-hound, the copper shark, the Peruvian anchoveta, the eastern Pacific bonito, the Peruvian eagle ray, the fine flounder, the blue shark, the corvina, the bigeye tuna, etc.

The Ballestas Islands are a group of small uninhabited islands off the southern coast of Peru, near the city of Pisco. Composed largely of rock formations and covering an estimated area of 12 ha (30 acres), these islands are an important sanctuary for marine fauna.

These uninhabited rocky islets are revered for hosting the ideal habitat for various species of birds and an eclectic mix of larger wildlife like seals, sea lions and Humboldt penguins.

The Ballestas Islands are not within the Paracas National Reserve. Instead, they belong to the Guano Islands, Islets and Capes National Reserve System. This expansive Peruvian reserve includes the guano islands like the Ballestas and their ecosystems all along the coast from Tacna to Piura.

Conditions created by the Humboldt Current enable the animal inhabitants of the Ballestas and the nearby Paracas Peninsula to thrive. The cold current pulls up water from the ocean floor, bringing both lower temperatures and nutrients to the surface. These conditions create an ideal feeding zone for fish, consequently drawing larger predators.

Notable species include the guanay guano bird, the blue-footed booby, the tendril, the Humboldt penguin as well as fur seals, sea lions and other mammals.

This unusual peninsula may be best known for the Paracas Candelabra, a prehistoric geoglyph nearly 600 feet (183 m) tall that was created on the north face of the peninsula ridge. Pottery nearby was dated to 200 BCE, placing it within the Paracas culture. Its origins and purpose have inspired many theories.

A shipping port was built along the northern peninsula, where deeper water permits larger transport and cruise ships to anchor. The peninsula includes red sand beaches formed from sands eroded from nearby cliffs. The port is reached by a single road from the mainland and passes through the Paracas National Reserve.

Paracas Bay is a shallow bay located at the southern end of the bay of Pisco. It constitutes an inlet of the Pacific Ocean, with an area of approximately 36 sq km (14 sq mi). It is a semi-enclosed bay with high biological productivity. The coastal edge of the bay is characterized by Ramsar-recognized wetlands.

Its biological diversity consists of 23 species of polychaetes, 11 species of crustaceans, 5 species of mollusks, 1 species of echinoderm, 1 species of nemertea and 2 species from other groups, such as flatworms and sea ​​anemones.

The underwater world of Paracas Bay is home to an impressive array of sea life, where fish and invertebrates are the most representative taxonomic groups. The most abundant species of fish is represented by silverside (Odontesthes regia regia), smooth (Mugil cephalus), anchovy (Engraulis ringens), guitar fish (Rhinobatos planiceps), sardines (Sardinops sagax sagax), etc.

The reptile species found in the bay include the gekko (Phyllodactylus angustidigitus), the Peruvian lizard (Microlophus peruvianus), the black turtle (Chelonia agassizii), the leatherback turtle (Dermochelys coriacea), among others.

In regards to marine mammals, two species of sea lions stand out: the fine (Arctophoca australis) and the chusco (Otaria flavescens). In the mustelid family, a species of carnivore found here is the sea otter or chingungo (Lontra felina).

The presence of dolphins has also been recorded,  such as the bottlenose dolphin (Tursiops truncatus) that travels to feed from the mouth of the Pisco river to the El Chaco pier, the common dolphin (Delphinus capensis), the dark dolphin (Lagenorhynchus obscurus) and the spiny porpoise (Phocoena spinipinnis).