The city of Tiwanaku was the capital of a powerful pre-Hispanic empire that dominated a large area of the southern Andes and beyond. Its monumental remains testify to the cultural and political significance of this civilization which is distinct from any of the other pre-Hispanic empires of the Americas. 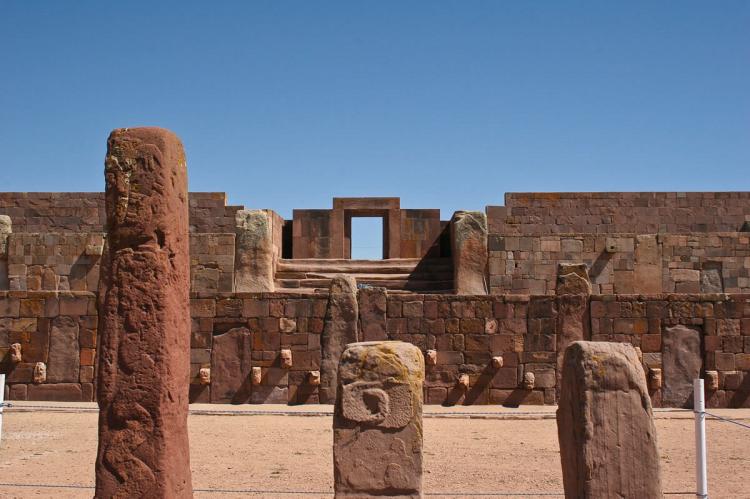 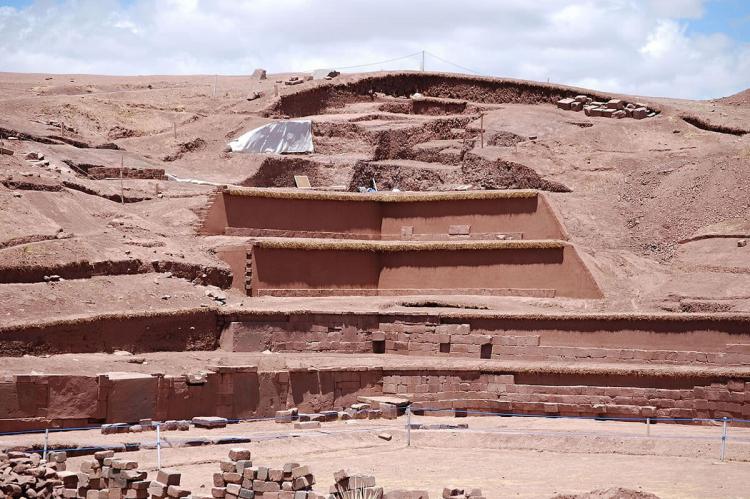 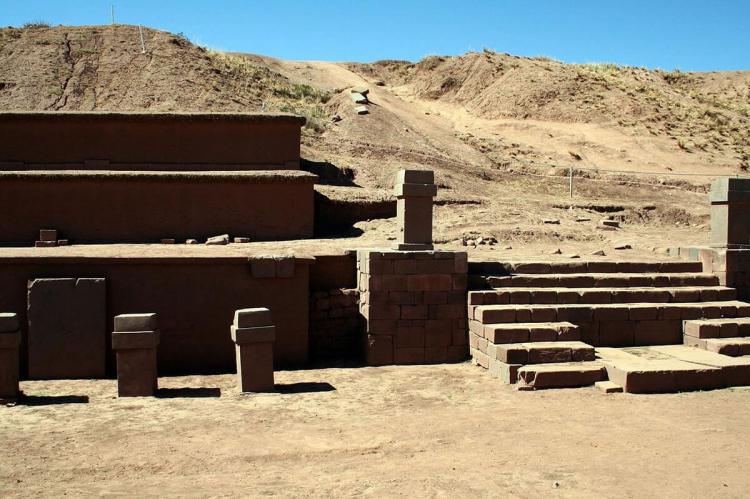 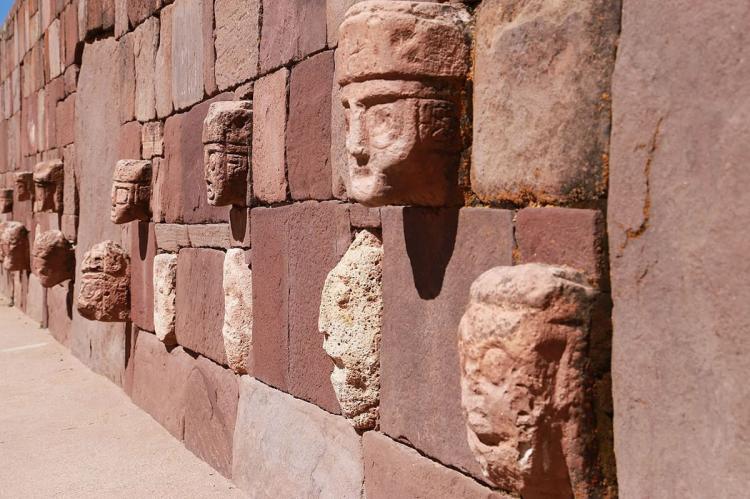 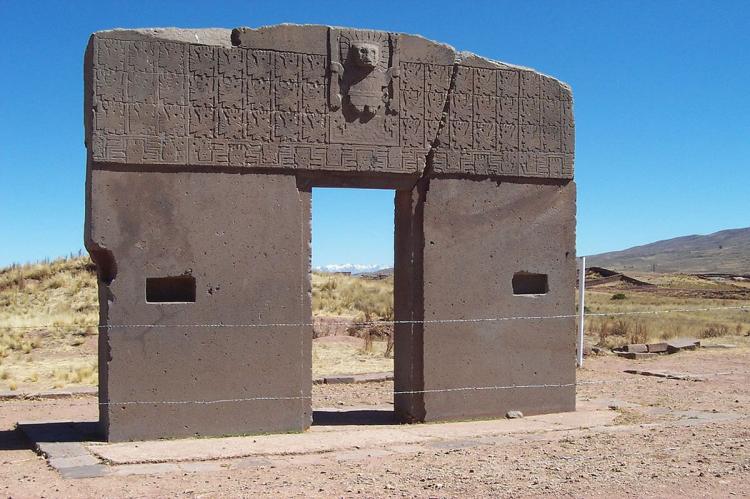 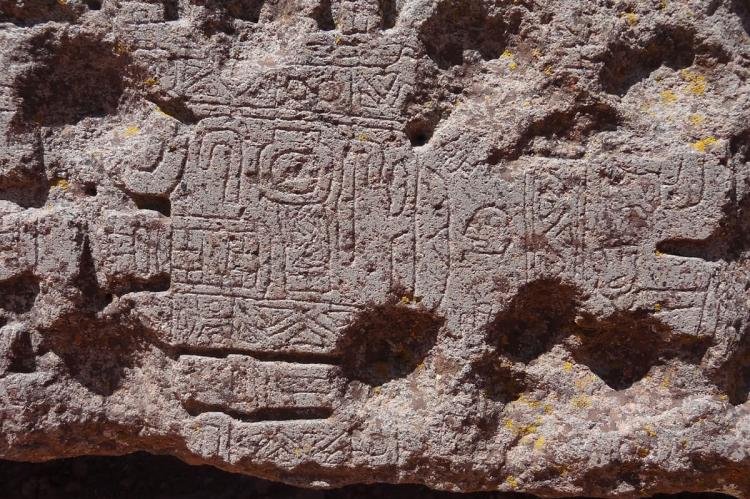 Tiwanaku: Spiritual and Political Center of the Tiwanaku Culture

Tiwanaku, also spelled Tiahuanaco or Tiwanacu, is a Pre-Columbian archaeological site in western Bolivia. It is located near the southern shores of Lake Titicaca on the Altiplano, at an altitude of 3,850 m (12,630 ft). The main Tiwanaku site was added to UNESCO's World Heritage List in 2000.

The ancient site began as a small settlement which later flourished into a planned city. Some scholars date the earliest remains found at the site to the early part of the Early Intermediate Period (c. 200 BC–AD 200); others suggest that the culture is evident in artifacts from the 2nd millennium BC.

The city of Tiwanaku ultimately became the capital of a powerful pre-Hispanic empire that dominated a large area of the southern Andes and beyond, lasting several centuries and reaching its apogee between 500 and 900 AD.

Most of the ancient city, which was largely built from adobe, has been overlaid by the modern town. However, the monumental stone buildings of the ceremonial center survive in the protected archaeological zones.

The city was characterized by the use of new technologies and materials for architecture, pottery, textiles, metals, and basket-making. It was the epicenter of knowledge and 'saberes' due to the fact that it expanded its sphere of influence to the interandean valleys and the coast.

The site's monumental remains testify to the cultural and political significance of this civilization which is distinct from any of the other pre-Hispanic empires of the Americas.

The public and religious space of this city is shaped by a series of architectural structures that correspond to different periods of cultural accessions: Temple Semi-underground, Kalasasaya's Temple, Akapana's Pyramid, Pumapumku's Pyramid.

In addition, the area political and administrative offices are represented by structures as the Palace of Putuni and Kantatallita. This architectural complex reflects the complex political structure of the period and its strong religious nature.

The most imposing monument at Tiwanaku is the Pyramid of Akapana. It is a pyramid originally with seven superimposed platforms with stone retaining walls rising to a height of over 18 m (59 ft). Only the lowest of these and part of one of the intermediate walls survive intact. Investigations have shown that it was originally clad in sandstone and andisite and surmounted by a temple.

The pyramid is surrounded by very well-preserved drainage canals. The walls of the small semi-subterranean temple (Templete) are made up of 48 pillars in red sandstone. There are many carved stone heads set into the walls, doubtless symbolizing an earlier practice of exposing the severed heads of defeated enemies in the temple.

To the north of the Akapana is the Kalasasaya, a large rectangular open temple, believed to have been used as an observatory. It is entered by a flight of seven steps in the center of the eastern wall.

The interior contains two carved monoliths and the monumental Gate of the Sun, one of the most important specimens of the art of Tiwanaku. It was made from a single slab of andesite cut to form a large doorway with niches (Hornacinas) on either side.

Above the doorway is an elaborate bas-relief frieze depicting a central deity, standing on a stepped platform, wearing an elaborate head-dress, and holding a staff in each hand. The deity is flanked by rows of anthropomorphic birds and along the bottom of the panel there is a series of human faces. The ensemble has been interpreted as an agricultural calendar.

The settlers of this city perfected the technology for carving and polishing different stone materials for the construction, which, together with architectural technology, enriched the monumental spaces.

The economic base of this city is evidenced through the agricultural fields, known locally as Sukakollos, and characterized by their irrigation technology which allowed the different cultures to easily adapt to the climate conditions.

The artificial terraces constitute an important contribution to agriculture and made possible a sustained form of farming and consequently the cultural evolution of the Tiwanaku Empire. These innovations were subsequently taken up by succeeding civilizations and were extended as far as Cuzco.

Many towns and colonies were set up in the vast region under Tiwanaku rule. The political dominance of Tiwanaku began to decline in the 11th century and its empire collapsed in the first half of the 12th century.