The Valdivian temperate forests ecoregion is located in the southern cone of South America. It covers a narrow strip between the western slope of the Andes and the Pacific Ocean. The forests are characterized by their dense understories of bamboos, ferns and evergreen trees. 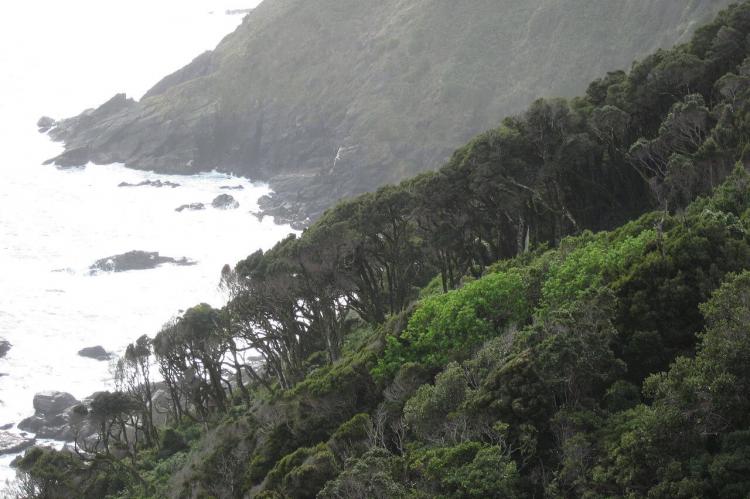 The Valdivian temperate forests ecoregion is located in the southern cone of South America on the west coast of Chile and extending slightly into Argentina. It covers a narrow continental strip between the western slope of the Andes and the Pacific Ocean. It is part of the Neotropical ecozone.

The Valdivian temperate rain forests are temperate broadleaf and mixed forests. The forests are characterized by their dense understories of bamboos, ferns, and evergreen angiosperm trees along with some deciduous and conifer trees.

Part of the Andean Patagonian Forest (Bosque Andino Patagónico), these temperate rain forests comprise a relatively narrow coastal strip between the Pacific Ocean to the west and the southern Andes Mountains to the east, from roughly 37° to 48° south latitude.

Much of the ecoregion was covered by the Patagonian Ice Sheet and other glaciers at the peak of the last ice age, which descended from the Andes mountains.

The numerous lakes of the Chilean lakes district, in the central part of the ecoregion, were originally glacial valleys while the southern part of the region has many glacier-carved fjords.

To the north the Valdivian forests give way to the Mediterranean forests, woodlands and scrub of the Chilean Matorral ecoregion. To the south lies the Magellanic subpolar forests ecoregion.

Since the forest is located at around 40 degrees south latitude, it is strongly influenced by the westerlies. The water vapor held by the westerlies condenses as they arrive at the higher part of the windward slope of the Andes, thus creating rainfall.

The temperate Valdivian, Matorral, and Magellanic ecoregions are isolated from the subtropical and tropical forests of northern South America by the Atacama desert north of the Matorral, the Andes mountains, and dry rain-shadow Argentine grasslands east of the Andes. As a result, the temperate forest regions have evolved in relative isolation, with a high degree of endemic species.