El Yunque National Forest is a forest reserve located in northeastern Puerto Rico, is located on the slopes of the Sierra de Luquillo mountains and is the only tropical rain forest in the U.S. National Forest System. High annual rainfall creates a jungle-like setting with lush foliage, crags, waterfalls and rivers. 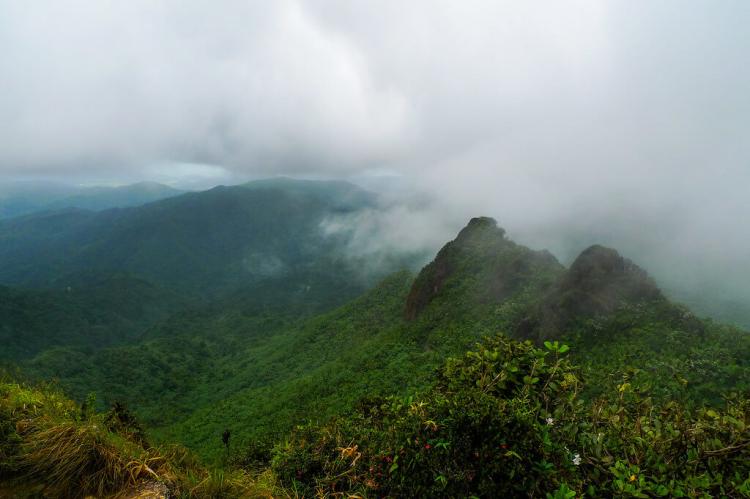 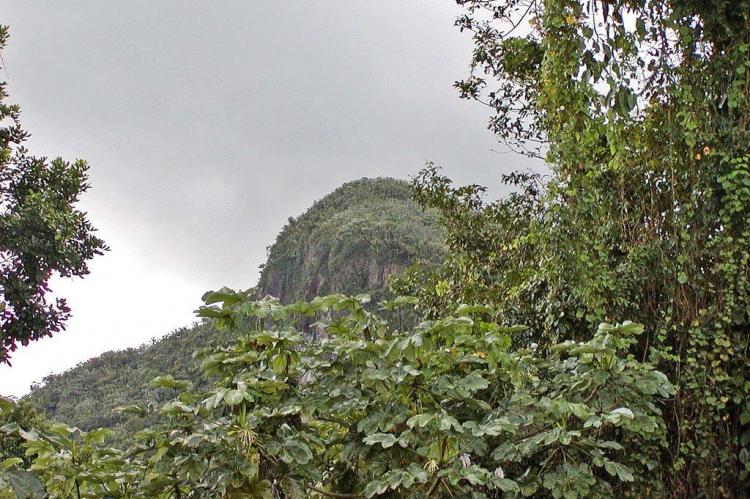 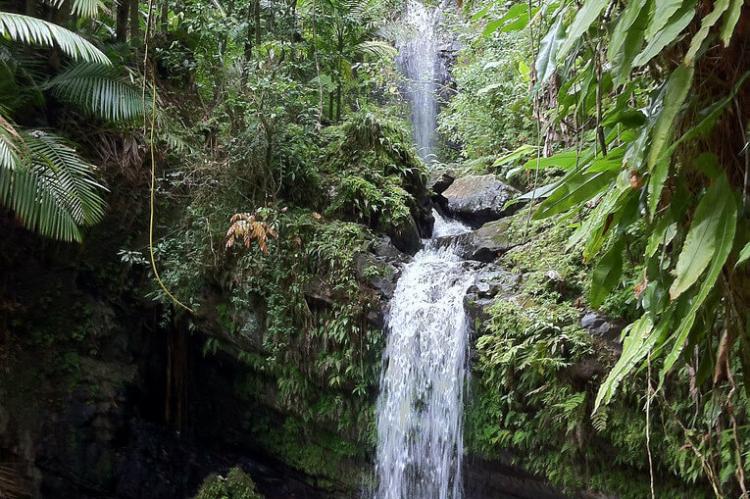 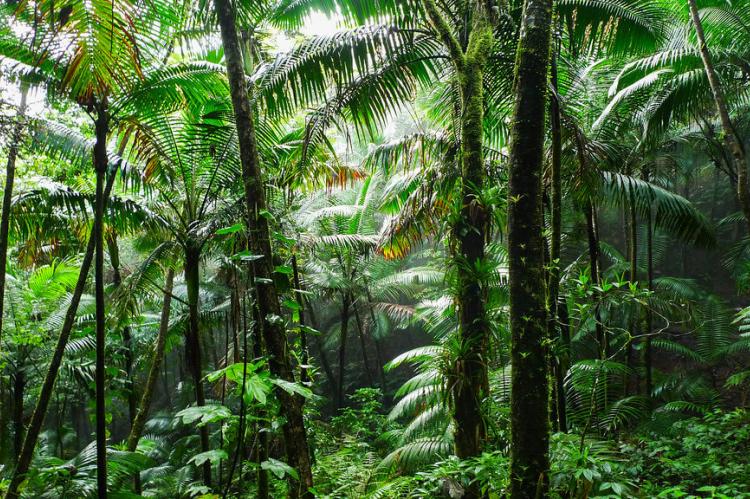 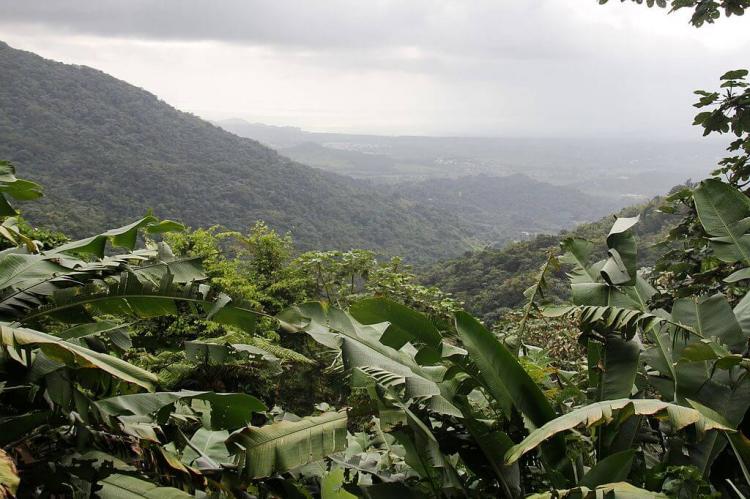 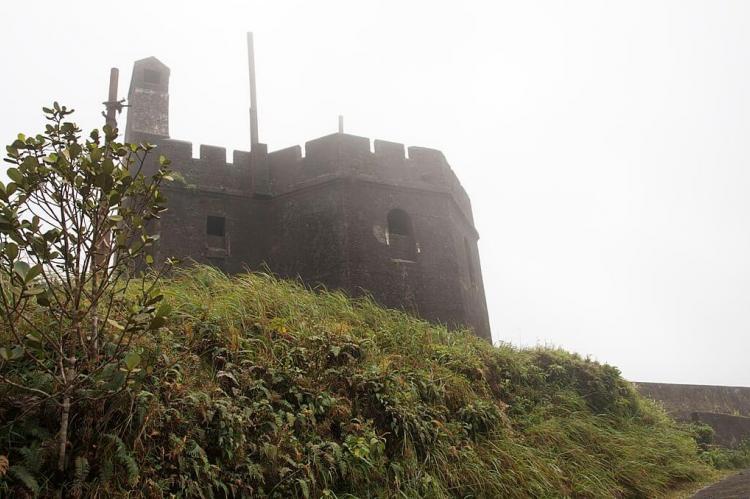 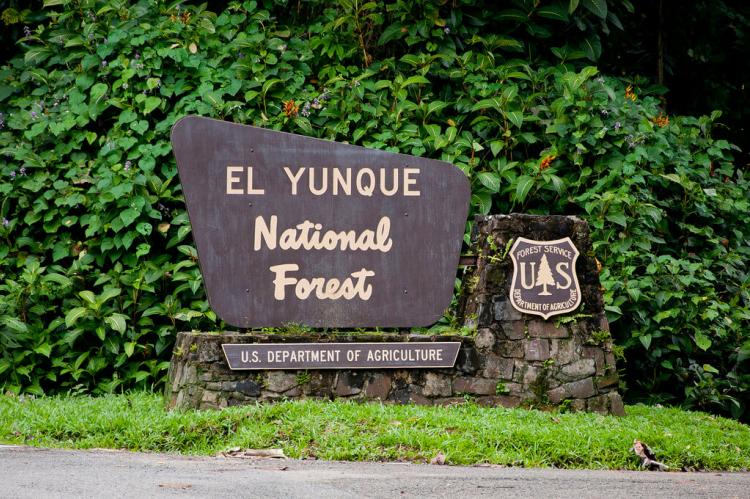 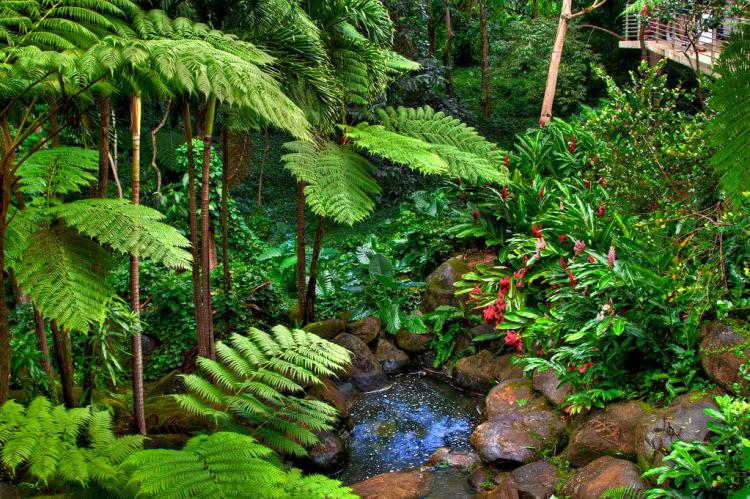 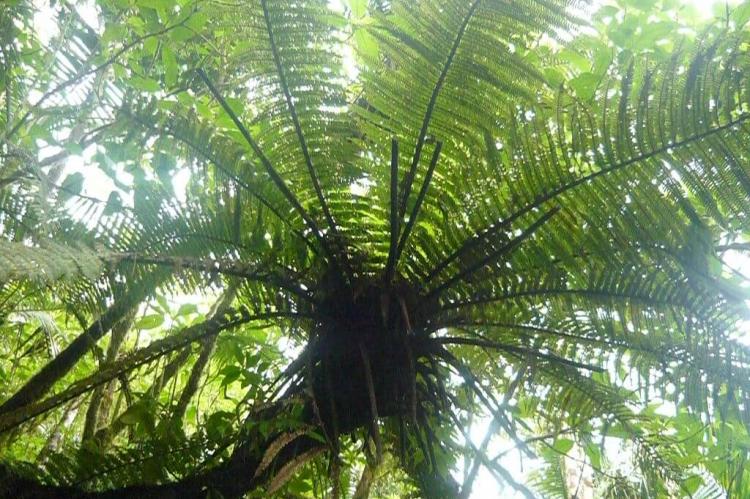 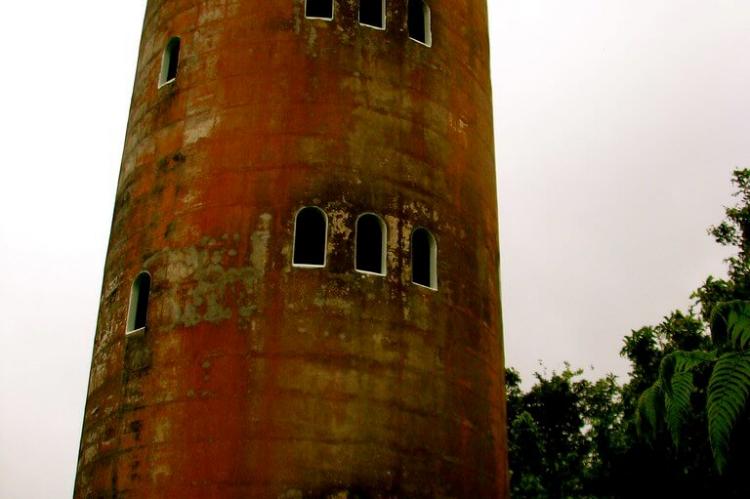 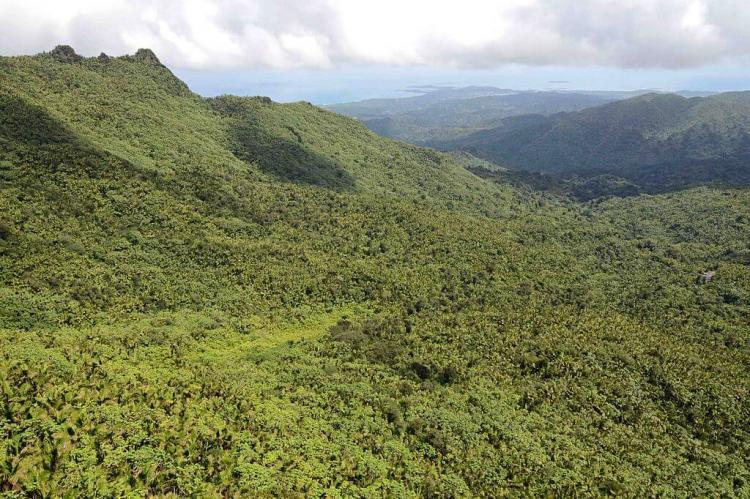 This forest, formerly known as the Caribbean National Forest, is commonly known simply as "El Yunque," which may be attributed to either a Spanish approximation of the aboriginal Taíno word yu-ke which means "white lands," or the word "anvil," which is yunque in Spanish.

High annual rainfall (over 20 ft a year in some areas) creates a jungle-like setting with lush foliage, crags, waterfalls, and rivers. The second-tallest mountain within El Yunque is also named El Yunque.

El Yunque National Forest is located on the slopes of the Sierra de Luquillo mountains, encompassing 28,000 acres (43.753 sq mi or 113.32 sq km) of land, making it the largest block of public land in Puerto Rico. The highest mountain peak in the forest rises 3,494 ft (1,065 m) above sea level

The forest has a number of trails from which the jungle-like territory's flora and fauna can be appreciated. El Yunque is also renowned for its unique Taíno petroglyphs.

Because Puerto Rico is south of the Tropic of Cancer, it has a tropical climate. There is no distinct wet or dry season in El Yunque; it rains year round. The temperature and length of daylight remain fairly constant throughout the year.

The rain forest ecosystem is exposed to constant cloud cover and persistent winds produced by the adiabatic process of air particles rushing up through the mountainside has affected the morphology of El Yunque. El Yunque is composed of four different forest vegetation areas:

The Dwarf forest ecosystem is located at around 910 m (3,000 ft) and composes the smallest sub-region in El Yunque. The forest is characterized by a variation of vegetation that is only found in Puerto Rico.

The vegetation shows stunted growth in which the diameter of the trunk is widened and the number of leaves on the branches is lower than expected. Other specific factors that affect the growth of this sub-region are the high level of acidity and poor water runoff from the soil.

Although many species have adapted to these harsh environments, five species frequent the dwarf forest: Ocotea spathulata Tabebuia rigida, Calyptranthes krugii, Eugenia borinquensis and Calycogonium squamulosum. Another abundant type of plants in the dwarf forest are epiphytes.

El Yunque supports a vast array of animal and plant life that varies depending on the altitude range in the rain forest. The great amount of competition in the canopy does not allow lower level plants to develop and prosper.

The characteristic of having a widened tree trunk is ideal for epiphytes that require a host to live. Therefore, a substantial amount of epiphytic plants have cemented their existence in the flora of El Yunque, specifically in the dwarf forest due to the moisture, precipitation and protection from the sun.

Approximately 16 species of common coqui, members of the diverse neotropical frog genus Eleutherodactylus, are known in Puerto Rico. Of these 16, 13 have been found in El Yunque National Forest.

This small frog earned its Puerto Rican common name due to the call of the most common coquí species in Puerto Rico, Eleutherodactylus coqui, which begins as the sun sets and ends in early dawn. This has made it an animal of great endearment to Puerto Ricans.

Although the coquí is an amphibian, it possesses some features that are unusual in frogs. These differences are seen mainly in its morphology, reproduction and developmental stages. In terms of morphology, the coquí does not have webbing between its toes because it is a tree dweller in moist environments.

Another significant difference is that it does not have a definitive larval stage and the eggs laid by the female are terrestrial instead of aquatic. This means that a miniature frog-let, rather than a tadpole, arises from the incubation period.

Neotropical migrant birds breed in North America and migrate to the south for the winter. Approximately 35 species of these migratory birds either winter or pass through El Yunque during this season. They contribute significantly to the total animal diversity of the forest. The recent decline in the population of migratory birds throughout North America, Mexico, Central America and the Caribbean is of growing concern.

Major causes of declines in the populations of many of these species are believed to stem from the fragmentation of North American breeding habitat; also the loss of wintering habitats in Mexico, Central and South America and the Caribbean.

Rivers and streams provide aquatic habitats for organisms that are important elements of the forest’s biological diversity. Most perennial (flowing year-round) and many ephemeral (flowing for short periods yearly) streams on the forest support many aquatic species.

Within the forest boundary exists some of the most pristine and productive aquatic habitats remaining on the island. These nonrenewable resources are illegally fished with traps and spears. Harvest of these species are as yet unregulated, both on and off the forest.

Monitoring surveys to determine their distribution, habitat need, population status and population trend are conducted regularly to protect these aquatic members of the forest’s family.