The Cerrado Biosphere Reserve is characterized by the Cerrado biome, which includes dense savanna woodlands, Cerrado with twisted short trees and bushes as well as grasslands. It is located in the Brazilian states of Goiás, Tocantins, Maranhão, Piauí and the Federal District. 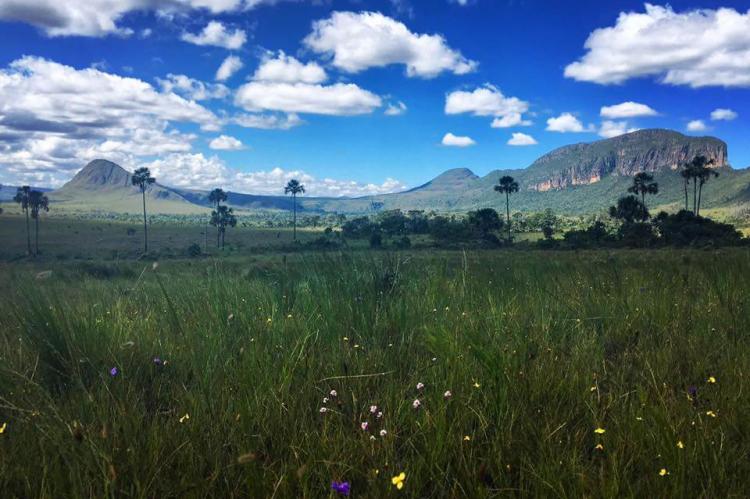 The Cerrado Biosphere Reserve has an area of 296,500 sq km (114,480 sq mi) and is located in the Brazilian states of Goiás, Tocantins, Maranhão, Piauí and the Federal District.

It is one of six Brazilian Biosphere Reserves recognized by UNESCO, including the Atlantic Forest, São Paulo Green Belt, Pantanal, Caatinga and the Central Amazon.

The Cerrado is home to surprisingly beautiful, exotic landscapes and cultures with great economic and tourism potential. It is the site of a profusion of natural grasslands, savannas, palm swamps and forests enhanced by many streams and waterfalls. It is an important source of water and the scene of natural and cultural beauty.

The upland grassbeds of Chapada dos Veadeiros, as well as the Parana valley wetlands, harbor unique species. The deciduous and semi-deciduous forests, with hardwoods that are prized for cattle fencing and construction are also a high priority for biodiversity conservation.

The conservation of the Cerrado Biosphere Reserve focuses on restoration of altered areas and building of ecological corridors. Over 200,000 people live in the Biosphere Reserve, engaged in ecotourism, production and commerce of native fruit pulps.

The Cerrado Fruits Project is an economic alternative developed by the Timbira communities and their regional neighbors. It aims at income generation, biodiversity, conservation, and economic sustainability. Native fruits, such as cashew, bacury, buriti palm and hog-plum are collected, frozen and packaged for sale.

The Biosphere Reserve is managed by a consortium system of different economic, rural planning and conservation actors at the State level, with scientific backing of numerous universities and institutions.

Deforestation is on the Rise in Megadiverse Colombia
Oct 8, 2020 - 11:34
END_OF_DOCUMENT_TOKEN_TO_BE_REPLACED